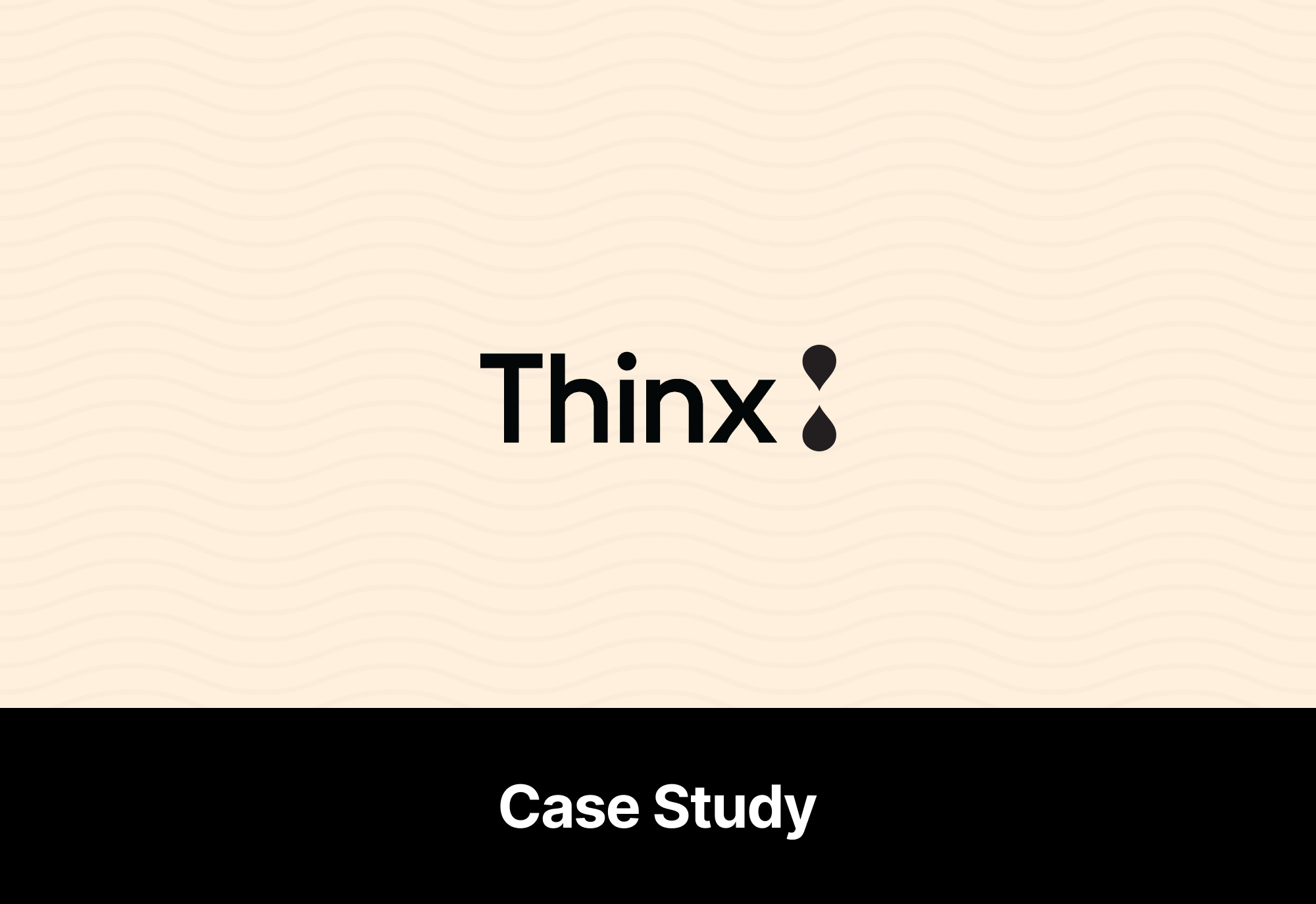 How Thinx recovered $450,000 worth of abandoned carts using LiveRecover

Founded in 2013, the business has three brands—Thinx, Thinx (BTWN) and Speax—offering solutions for every stage of life.

Losing out on large chunks of revenue every day due to cart abandonment.

Like every ecommerce store, abandoned carts were a constant headache and costly challenge for Thinx. When customers made a last-minute decision not to go through with a purchase, it added up to missed revenue, diminished profits—and the painful knowledge that they weren’t realizing their full commercial potential.

As a high-performing and fast-scaling business, it was an area they were determined to tackle. Already, they were sending customers who abandoned carts automated emails through Shopify. But they wanted to find a cutting edge and had the idea to make real people—rather than bots—responsible for converting lost customers.

“We’d developed a workflow where our CX team received an emailed list of all the abandoned carts each morning, along with customers’ names and emails and a link back to their cart,” said Brendan Hastings, VP of Digital Product and Engineering at Thinx. “The team would literally go through customers one by one and email them. Our thinking was that if there was a human element and customers could get immediate answers, we’d see an increase in conversions versus automated emails.”

Unfortunately, things didn’t work out that way. The process became a huge workload for the CX team, without bringing a sufficient increase in conversions to be worth all the time, cost and effort.

Despite that early stumble, Brendan was convinced humans beat bots when it came to recovering lost purchases. And he quickly had another brainwave.

While exploring SMS as a way of engaging with customers during the store’s annual sales period, it struck Brendan that human-powered text messaging could also hold the key to improving his cart recovery rates.

“Using SMS for cart recovery, alongside the emails we were already sending, felt like a good fit,” said Brendan. “But we needed a platform where real people were on the other end of those messages. So if a customer texted back, rather than some sort of bot trying to parse what the customer had said, a real-life, friendly agent would be there to answer their question to the best of their ability and help them to buy.”

If Brendan could find a suitable, human-driven platform, he could save valuable time and resources internally, increase the store’s revenue and profits, and drive even more positive sentiment about his brand.

Brendan discovered cart recovery service LiveRecover and decided to try it out. The platform was free to use until they’d recovered their first $500 of revenue.

What really won Brendan over was the fact that LiveRecover is powered by real people, who engage personally with his customers to convert abandoned carts into sales.

“Having live agents—not bots—recover our abandoned carts is super powerful,” said Brendan. “They contact our customers manually to understand why they didn’t purchase, are able to answer their questions in real-time and help them make a decision to buy.”‍

LiveRecover provides other beneficial features to maximize conversions. These include conversion reports that provide advanced, actionable customer insights that Brendan can use to improve his store and service; full visibility of customer conversations, which provides total transparency; and the extraction of key phrases from conversations, which shine a light on the hidden concerns that are preventing customers from buying.

For someone with lots of demands on his time and numerous plates to spin, Brendan was impressed with how quickly the service was up and running.

“It was so fast and simple to integrate and took just two clicks to install and start using,” he said. “From a digital product perspective, as someone who does this for a living, it's just a beautiful piece of software. It's very well designed and user friendly—and I don't say that lightly.”

After the initial roll-out, Brendan worked with LiveRecover to engineer several adjustments to the platform that supported his specific needs and objectives.

“The team really listened to what we needed from the platform,” he said. “They helped us develop a collaborative knowledge-sharing space, which empowers their agents with key information about our brand and products. They also did some work on the back-end to make sure we were only texting people where discount codes would actually be a value add. “It’s little things like that, like having a partner that is willing to dive right in with their engineering team to make those adjustments. It went a long way to building trust and having a fruitful partnership.”

In just eight months since Thinx integrated LiveRecover into their ecommerce site, Brendan has recovered more than $450k of revenue. That’s a huge chunk of previously lost income that’s now in their bank account. And all of it achieved with barely no time required from Brendan.

“LiveRecover are always working on our behalf and the results have been fantastic,” said Brendan. “Their agents are busy contacting our customers and recouping lost revenue seven days a week, and all I need to do is check in from time to time to see how the conversations are going.”

LiveRecover has delivered a phenomenal 27% recovery rate, which is more than three times higher than the industry average of just 8%. And it’s helping to give Brendan a real competitive edge.

“It’s a huge uptick in recovered sales,” said Brendan. “Which is great for our performance, our growth and the ongoing success of our business.”

Other positive results for Brendan include a mountain of new, usable insights about his customers, that he can use to continuously improve the business. He’s been impressed with the service’s pricing and ROI too.

“SMS can be expensive, particularly compared to email,” said Brendan. “But LiveRecover not only takes on the cost of texting everybody for us, they also only take a small percentage of the carts they recover, which has been very attractive to us.”

Brendan is thrilled with the trusted, fruitful relationship he’s built with the LiveRecover team. ‍

“We have dozens of software vendors and integrations with our store, but LiveRecover’s team stands out just as much as their software,” said Brendan. “They’re truly eCommerce experts and have become one of our most trusted partners.”‍

Brendan sees his current success with LiveRecover as just the beginning. With the launch of a new segmentation tool, he’s brimming with enthusiasm about future possibilities.
‍

“The segmentation tool will allow us to offer different codes or offers to different cohorts of customers,” he said. “It’s something we’re very excited about, because it gives us the ability to have an unlimited amount of offers based on not only which products are in someone's cart, but also who that person is, our relationship with them, and where they live. So the future is very exciting!”

More from the Blog 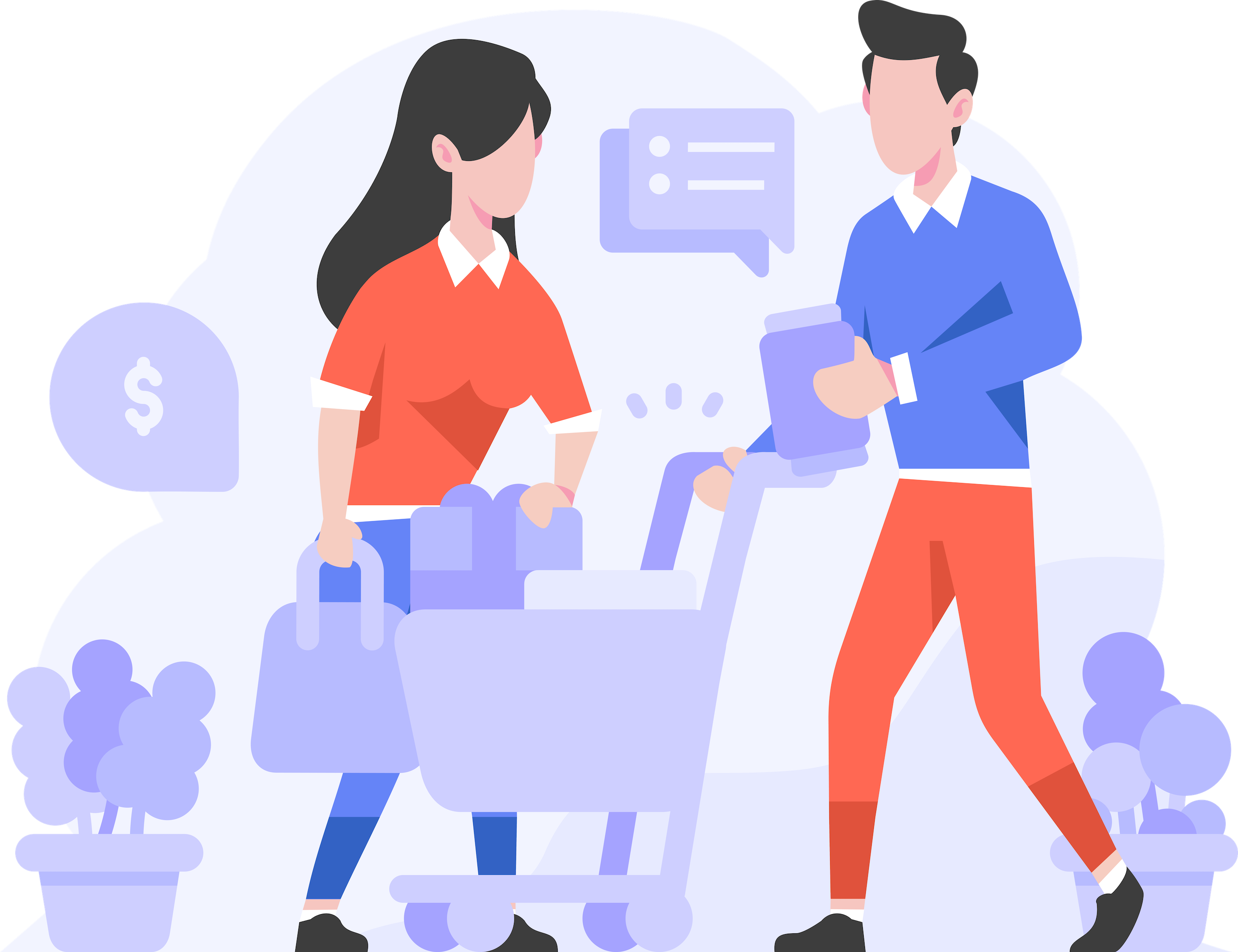 How to Increase Sales for Your Shopify Store in 2021

In 2021 Shopify stores need to increase sales more than ever with rising competition to the ecommerce landscape. This list of 5 shopify apps are high ROI sales tips to give your store that extra sales boost. 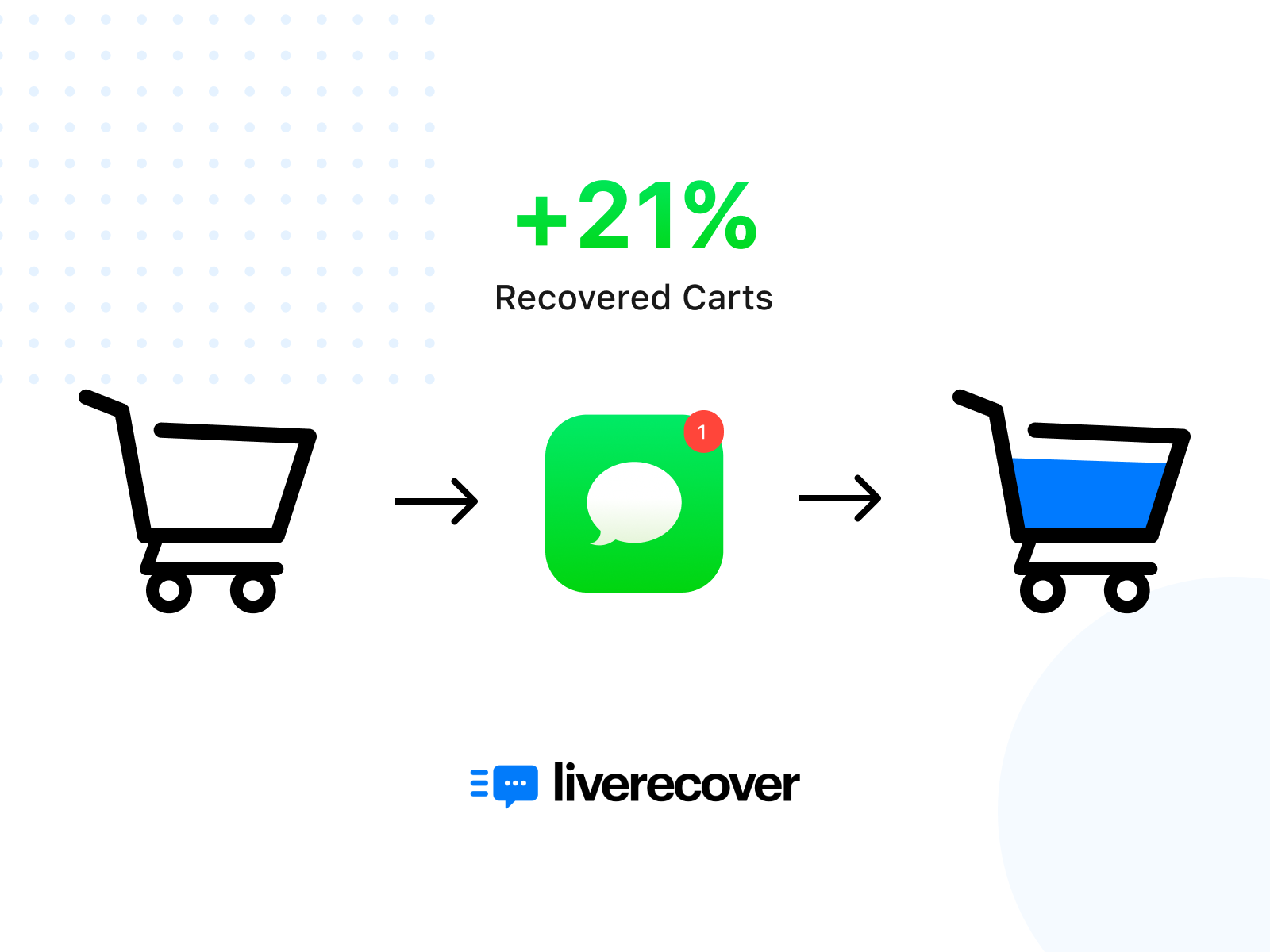 Let’s get into the numbers around SMS marketing and look at why eCommerce brands should be using it and the benefits brands can find by putting it to good use. 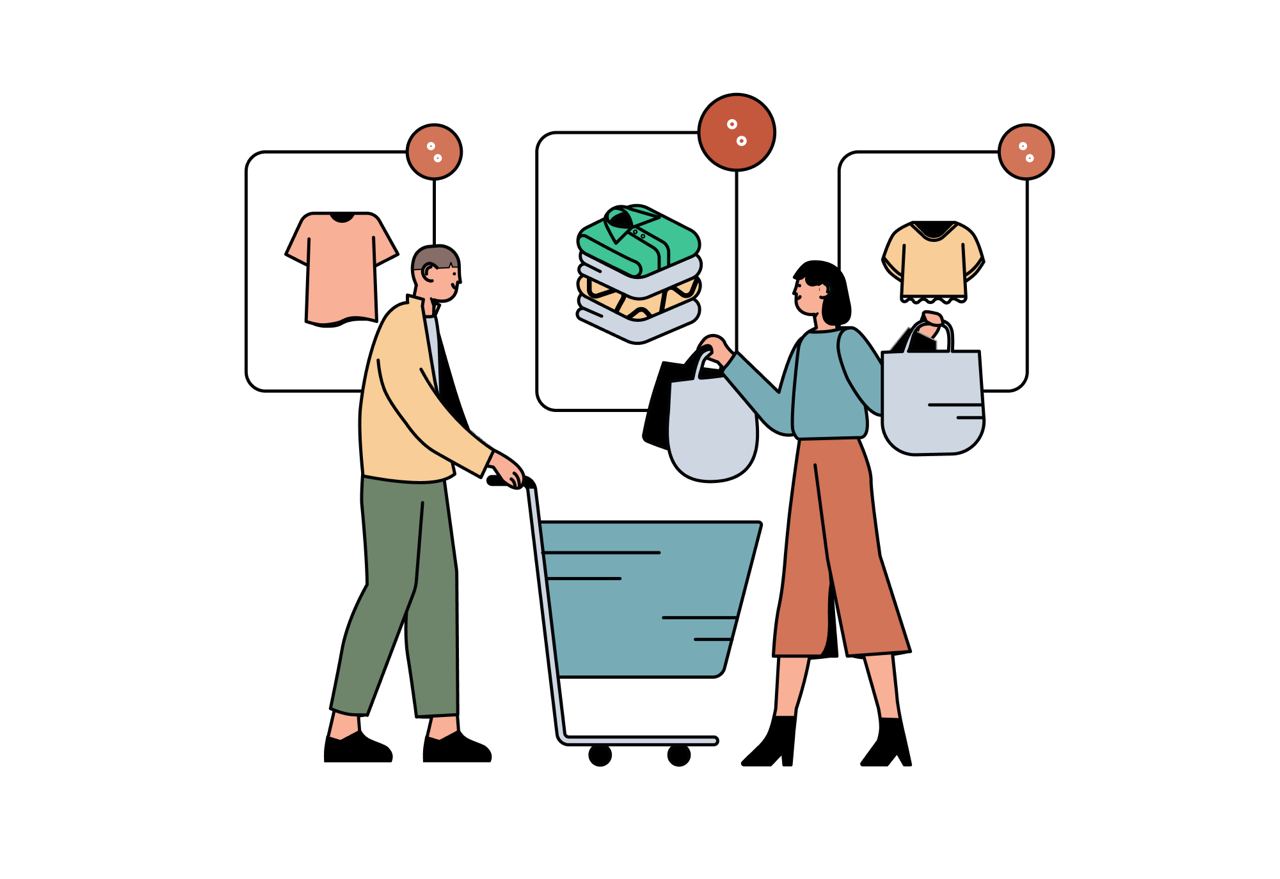 Shopify: 5 Creative Ways to Grow Your List of SMS Subscribers

How do you get customers on your SMS opt-in list so you can kick off that text-based conversation? We’re going to look at some creative ways you can do just that.